The national government is considering changing the application process for the Higher Education Loans Board (HELB).

In the latest round of measures, the government seeks to ensure access for those who have been excluded from the process.

In the new proposal in Higher Education Loans (Amendment) 2021, students without a national ID card will be allowed to apply for the loans.

Currently, applicants under the age of 18 are locked out, exposing them to financial barriers while disrupting their education.

HELB loan applicants are required to provide their national ID number as well as that of their parents on the council’s online portal.

“This will ensure that university students who have not reached the age of eighteen and who do not yet have a national identity card are allowed to access loans for higher education,” the memorandum says. Bill.

HELB finances the students with a loan of up to Ksh70,000, which is repaid after the applicants graduate. The loans should cover tuition fees and personal needs.

The move comes as a relief to thousands of students who had been excluded from the application process in the past, forcing them to seek another source of funding.

In September, thousands of students failed for lack of identity cards, prompting the national government to intervene.

Paying off the loan lately has turned out to be a headache for most students, with the government proposing new legislation to address it.

In the latest move, the University Fund, which is responsible for determining the funds paid to institutions, seeks to oblige public higher education institutions to guarantee jobs for graduates.

Under the proposal, universities whose graduates fail to find jobs within four years of graduation will see their funds slashed.

“Performance-based funding is funding aimed at allocating a portion of the university education budget based on specific performance measures. This makes the allocation of funds more transparent and more competitive, ”the University Fund said in its proposal.

“The key performance indicators to consider will be the four-year graduation rate, the graduate employability rate (one year after graduation) and research inputs. “

This is to ensure that most students apply for the loan and pay on time. 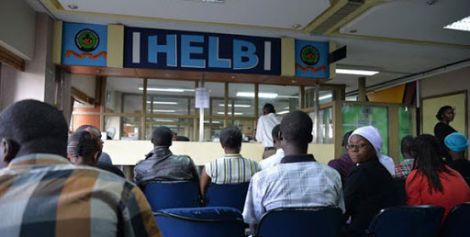